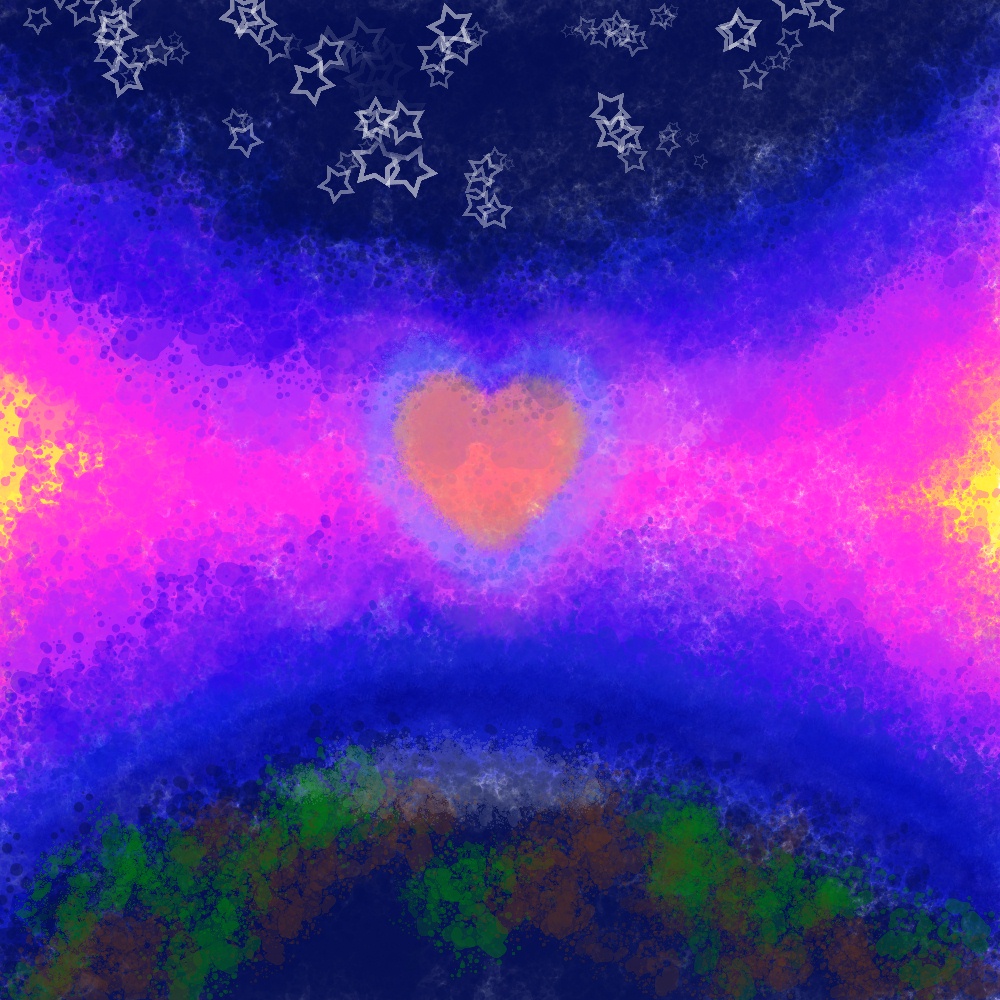 In the great flow of loving intent from Cosmic Heart to nourish and guide Earth’s evolution, we have spoken much of the role of the Greater Hearts. They have been, and still are, the great guiding embrace that nourishes every human soul (and thus heart) with the resonance that enables wise choices and aligned actions, to further every human on their path, and thus the Earth as a whole.

Similarly, we have spoken of the angels and their role with nature, where they embody and flow Cosmic intent into all living forms within nature’s embrace.

These two great infusions of Cosmic will and guidance have always had interaction, because they work collaboratively for the sake of achieving the evolutionary outcome upon Earth. However, their fields of expression and action have remained largely separate, with Greater Hearts focussed on humanity as a vehicle of the evolution of consciousness, and the angelic family focussed on the Earth and her physical well-being and expression through nature and all its creatures.

This has worked well while humanity was developing astral and mental consciousnesses, which are largely personal and thus contained within the human sphere. This is not to say human beings have not interacted with, and related deeply to nature; of course, we know that is not the case, but by and large, humans have been under the evolutionary imperative to develop individual consciousness, because that is the nature of the type of energy beings they are:  beings of form, and builders of form. This is a simple truth based on the way consciousness interacts with the dense physical matter of Earth. It needs a form in which to build resonance, such that knowing and eventually wisdom can be held within that form, and thus create that higher resonance with the Earth herself.

If consciousness were to develop in the fullness of the body of the Erath all at the same time, it would take enormous effort (i.e., Cosmic Will), and that is not the chosen journey.

We, humanity, are the cells within which consciousness can develop, one by one, and we become more and more light, and the Earth becomes filled with the light of consciousness cell by cell in her, and our, journey, until eventually all cells are light.

But let us now look at nature and all her life forms and expressions; are they not vehicles of consciousness too? Yes, they are, but in a different way. Nature and all her creatures are infused with Cosmic intent via the angels, who step it down through their beings, from huge to tiny, to bring that energy and resonance into the etheric level at its deepest. That resonance is the nourishing blueprint in which nature lives, and evolves.

This is a form of consciousness, but not in an individuated way. The consciousness is created by the intent held by angelic focus, within the milieu of matter that is theirs to hold. In a way, it is like a direct one-to-one type of consciousness, where its direct infusion does not require personal choice, it simply is. Much of nature is like this:  it holds and resonates with the level of light it is given, and lives in that resonance within the body of Earth. For example, majestic trees hold a particular resonance, and many humans feel this. They have not chosen to become this resonance of conscious expression, they simply are that, and bring great wisdom into the ethers of Earth through their presence. This is another reason it is so important to let the great trees be, for their impact on our world is far greater than their physical beautify and ecological value alone.

Much of nature is filled with small creatures and plants which play their role collectively, enabling a multiplicity of energy infusions to flow directly into the Earth, and, of course, the world we live in and interact with.

Some humans who evolved upon this Earth started as beings held within the angelic flow of nature, then evolved to a point where they could develop an individual soul and start upon the path of choice and individuated consciousness on the human journey. There are many animals who progressed upon this path, but many millions of years ago the pathway to transfer from a nature-infused being to an individual soul-infused being was closed. This was done to enable the overall vibration of humanity to be raised more quickly, in order to bring that particular consciousness of a higher vibration into the body of Earth, to meet the needs of her evolutionary path. The many highly evolved animals continued to evolve, and although still largely under the guidance of the angelic streams of consciousness flowing into nature, many of the Greater Hearts also have special relationships with certain animal species, and share their love with them. Many of these animals share their love and wisdom with us, when we let ourselves hear and respect them.

This has been the journey of evolution for many millennia. But now, the evolutionary imperative is moving into a different phase, the phase of heart consciousness. Heart consciousness is radically different from the consciousness of mind and feelings, because it cannot be contained to the human form. Heart creates flow. Heart consciousness creates flow. Your physical heart enables flow throughout your physical body. Your spiritual heart creates flow through you to the Earth:  from your soul to you, to Earth, and back through the Ocean of Love (Earth’s emotional self), wherein your soul dwells. Hence why we also come to such a fascinating time in Earth’s and humanity’s evolutionary journey, for now the angelic beings are becoming integrally involved in human evolution, not just in nature.

Of course, there have always been points of contact between angels and humans in time and place, but these have been within the evolutionary choice and development of the individuals concerned. Many great composers, for example, have been able to align with and infuse directly from angelic resonance into their music, and why many struggled to keep balanced, for the intensity of that flow is very difficult for the nervous system to absorb. But these were instances of particular interactions for a particular purpose, and were not (generally) part of the infusion of consciousness of the heart.

That is what we come to now, in our human and earthly journeys:  the awakening of heart consciousness. The consciousness of mind and feelings are still built of form, and contained, even though, of course, they are our vehicle for interacting with, and creating in our world.

In the awakening heart consciousness, you feel yourself as not only as a being of form, but as part of the living flow that nourishes you, Earth, nature and all. Earth consciousness arises, and we certainly need this, so that we care for her properly.

As more and more of Earth’s human cells open to this flow, then the great evolutionary angels are able to pour more of their loving, intentful flow into the Earth, and more light infuses all life. Of course, it is also that Earth has called for this journey, and thus these angels are seeking those human hearts that can take this step, and this creates pressure for humanity to choose and take this next step on the evolutionary journey.

,In this evolution of heart consciousness, both the Greater Hearts and the Great Angels are involved in this way. The Greater Hearts hold their resonance of consciousness in the earthly and human worlds of being, to stimulate awakening, conscience and growth on the evolutionary path. Then as soon as there is co-resonance all the way from soul to human heart, whatever the qualities or wavelengths, the Great Angels enable their loving light to flow, bringing a livingness and force to those qualities that can magnify their effect in our human world.

Thus, in this time of Great Change, evolutionary opportunity, need and choice are highlighted. The Earth’s heart is seeking and seeing greater inflow, to bring more living light to her being and all in her care, and to energise her whole being with more radiance and love. We, humans, are the conscious link between the worlds of light and her physical self, and become those channels of greater light every time we open our hearts to her care, through whatever calling is ours to give to.

Embrace the Earth with love in your consciousness, connect to your heart with choice, and you can step into this flow to help this positive change awaken through peace and realisation, not calamity and destruction. The flow is coming, and cannot be held back because of the few remaining who have conscious choice but continue to say no, dragging their nations, their races, their organisations and followers into obstruction and repression of evolution’s great grace of life itself.